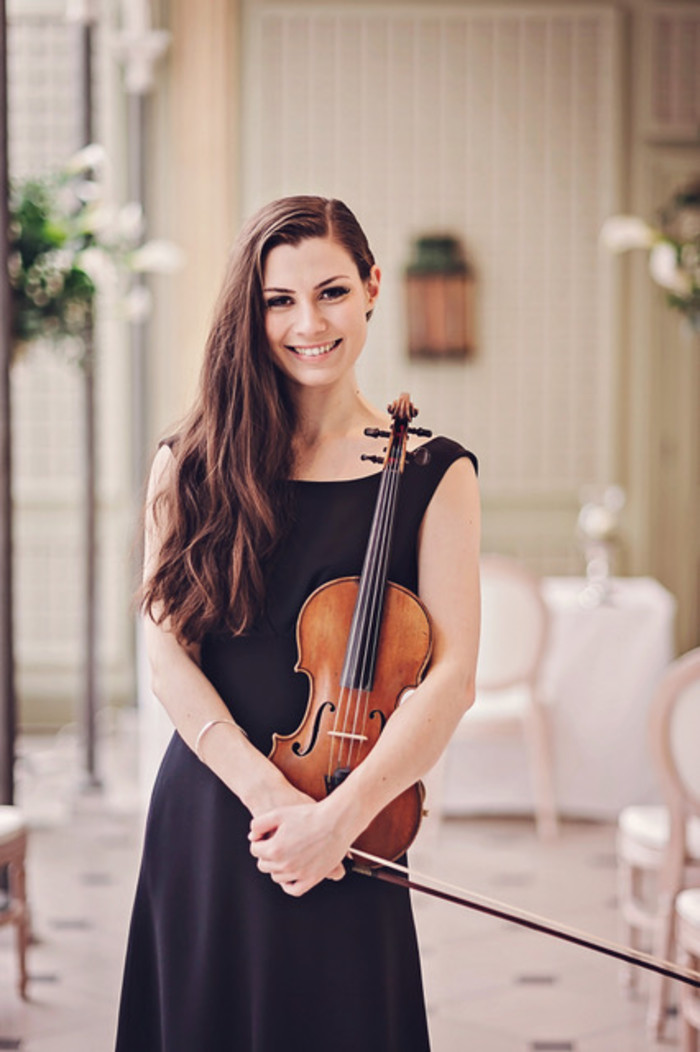 Emma Fry is a violinist from the UK performing all over the world in a wide variety of styles. Based in London, her playing has taken her to America, Canada, Japan, Brazil, India, Sri Lanka and all over the Middle East as well as regular tours within Europe.

She has worked with many high-profile artists including Clean Bandit, Eminem, 50 Cent, Ed Sheeran, Bring Me The Horizon, Maren Morris, Alison Moyet, Dermot Kennedy, Rhys Lewis, Marc Almond and Tom Chaplin. In addition to live performances to audiences of up to 80,000, she has performed for radio including BBC Radio 1’s ‘Live Lounge’ and Radio 2’s ‘Friday Night is Music Night’ and for studio sessions at some of the world’s finest recording studios including Abbey Road. She often appears on TV shows including the X-Factor, Strictly Come Dancing, The Voice and the BBC Music Awards with artists such as John Legend, Rita Ora, Sigma, Jess Glynne and Celine Dion.

As an orchestral musician, Emma regularly performs with the Northern Ballet Sinfonia (including guest Principal Second Violin and No.2 First Violin) and the English National Ballet Philharmonic. She plays for the London Metropolitan Orchestra and often leads the Urban Soul Orchestra. Whilst studying she held a place on the mentor scheme with the City of London Sinfonia. In musical theatre, Emma has enjoyed depping on the Les Misérables and Sunset Boulevard UK tours.

As a soloist, Emma has performed in prestigious venues in the UK including the Bridgewater Hall and Cardiff Millennium Centre. In 2014, she was fortunate enough to record John Tavener’s violin concerto ‘Lalishri’.

A leading electric violinist and captivating improviser, Emma is extremely sought-after for high end weddings, clubs, corporate events and private events. Recent high-profile events that Emma has performed at include London Fashion Week, Wimbledon Ball, the premiere of the film 'One night in Istanbul', the BBC Sports Personality of the Year after party and the BBC Worldwide Showcase. She has worked for clients such as Burberry, Selfridges, Harvey Nichols, Dell and UEFA. Emma also performs globally with High on Heels and as Lumina the Laser Violinist.

Having read music at the University of Manchester studying with Julia Hanson, Emma gained a distinction in her MFA from Trinity Laban Conservatoire of Music and Dance studying with John Crawford. She received masterclasses from Zsolt-Tihamér Vistontay, Quatuor Danel and Peter Cropper.

Emma's violin was made by Thomas Earl Hesketh in 1901. She also plays a Bridge Aquila electric violin and is endorsed by 64 Audio.