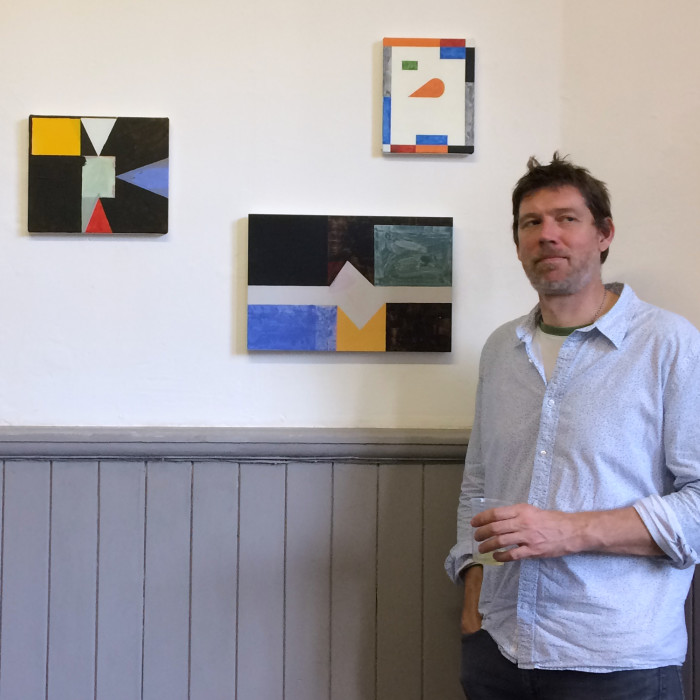 David Webb gained an MA in Fine Art from Canterbury in 2000 before studying at the Cyprus College of Art, where he is a Cornaro Institute Fellow. He received a residency award from the Florence Trust, London, in 2002-3 and took part in the 2006 Triangle Artists’ International Workshop in New York. He is also a fellow of The MacDowell Colony and Yaddo in the USA. He exhibits nationally and internationally. Exhibitions include the Wales Drawing Biennial, Gyumri International Biennial, Armenia, BP Portrait Award at The National Portrait Gallery, Jerwood drawing prize and Jerwood Contemporary Painters. He has work in public and private collections and has shown at MoMA Wales, Long and Ryle, Flowers and Transition Gallery in London, and the Painting Center, New York.

David has won numerous awards including a fellowship from the Gihon River Collective for a residency in summer 2012 at the Vermont Studio Center. In addition he has curated several exhibitions including 'Uncaught Hares' for the Stephen Lawrence Gallery, Greenwich, and has published writing, such as 'Mother Hen' for Garageland Magazine. David has been based at A.P.T. Studios in Deptford since 2003. He has taught Fine Art at Spelthorne College, Middlesex, and as a visiting lecturer at Leeds University. David has been teaching at the Conservatoire since 1999 and other than his two Atelier days at The Conservatoire, David is currently a visiting lecturer at the Cyprus College of Art.