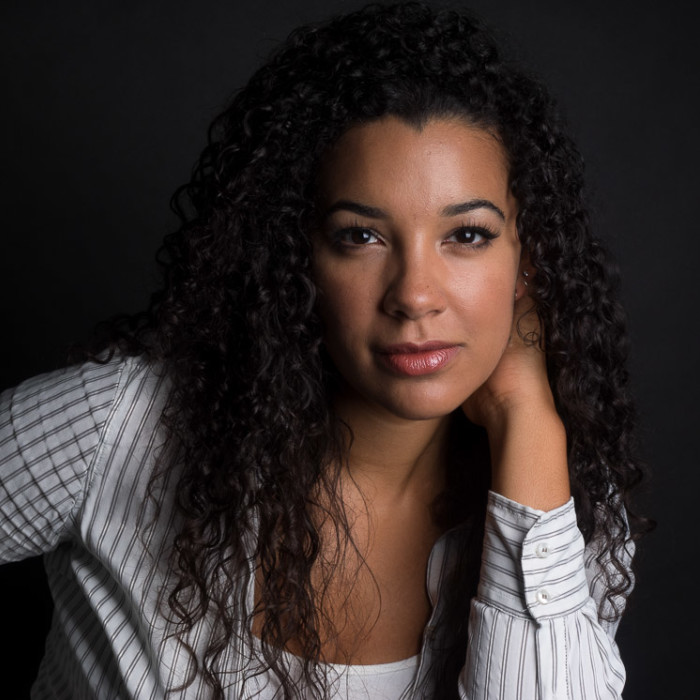 Felicity received a BMus 1st Class Hons at the RNCM where she won the Eunice Pettigrew Prize, and on ENO’s Opera Works programme. She studies with Mary Plazas.

Felicity returned from Amsterdam in February 2019 after performing in the Olivier Award-winning ensemble and covering Lily in the smash-hit Porgy and Bess, a co-production with English National Opera, Dutch National Opera and the Metropolitan Opera New York. She then made two major role debuts: first as Carmen for Kentish Opera, followed by Rosina in The Barber of Seville for Surrey Opera.

Felicity has a keen interest in music education and community outreach. In 2016 she went on the road with English Touring Opera, where she played the role of Mama in Dust Child, a specially-composed opera for children with special needs, alongside chorus in the mainstage shows. She has performed as Cherubino, Hansel and Orfeo in Trouser Power as part of Pride Family Sunday at the Royal Opera House Covent Garden, and has developed a relationship with Baseless Fabric Theatre, a company specialising in creating free promenade opera in public community spaces. She opened their inaugural show as Sadie in new commission Drifting Dragons in 2016, returned in 2017 and 2018 as Dorabella in Cosi fan Tutte, and has run opera taster workshops for hundreds of children in primary and secondary schools across south-west London.

The 2019/20 season sees Felicity join the chorus at Opera North for Martinů’s Greek Tragedy, alongside cover roles at ENO in The Mask of Orpheus (Birtwistle), Orpheus in the Underworld and Carmen.