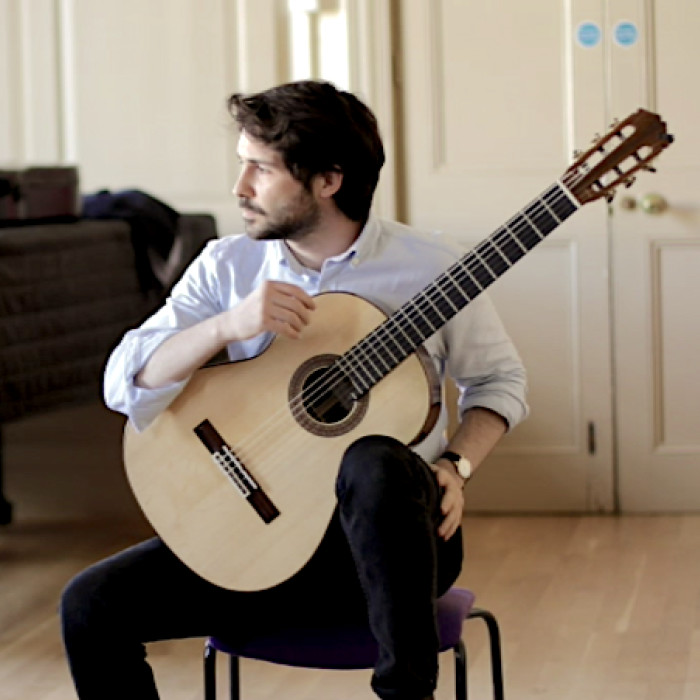 Originally from Manchester, Adam is a dynamic and versatile guitarist and educator. Having begun his musical studies from an early age on the classical guitar he has developed in a wide range of musical styles over the years and has had the opportunity to tour in bands playing contemporary music throughout the UK and parts of the USA.

He has been able to perform and formally train with world-class guitarists having spent time studying in prominent institutions in the UK, Spain, and the USA and holds a BMus in Music performance and an MMus in music performance from Trinity Laban Conservatoire of Music in London where he was gratefully supported as a scholar by the Ann Driver Trust.

Alongside his performing career, Adam is a passionate educator. He has over 10 years of teaching experience and enjoys teaching students of all levels from beginner to grade 8+ and beyond, in various styles from electric guitar to classical and Spanish guitar. He holds an LTCL teaching diploma from Trinity College London and has numerous workshops under his belt from Dalcroze eurhythmics to the Alexander technique.