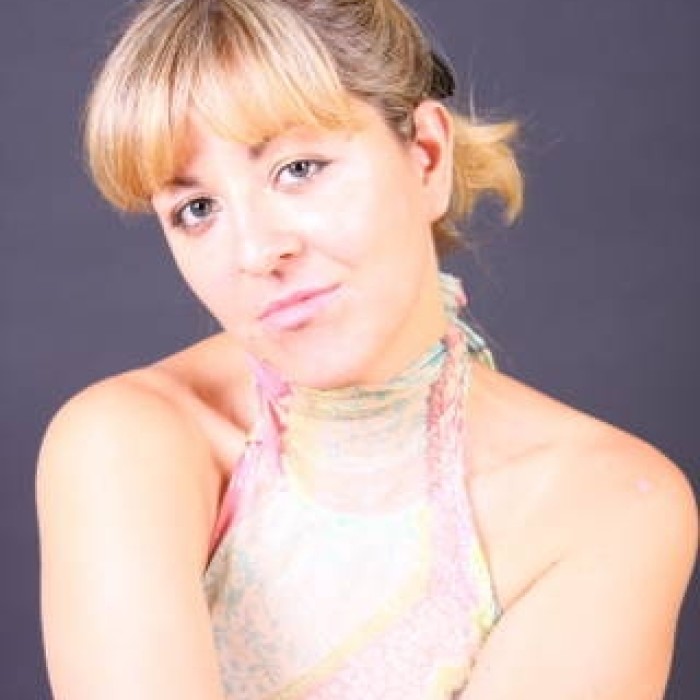 From Athens, Greek Soprano and Singing & Piano Teacher, Theodora Stamoulaki began her music studies at an early age with Classical Piano and continued with Advanced Music Harmony and Counterpoint studies and gained her Diplomas with Distinction. She then continued with Vocal Studies at the Athens Music Conservatory 1871, where she acquired her Bachelor’s in Vocal Performance and graduated with distinction and 1st prize - under the tutelage of the renowned Greek Soprano Ioulia Troussa. She then joined the Young Artists Opera Course at Nakas Music Conservatory while at the same time was studying at the class of Melodrama of Athens Music Conservatory under the renowned Greek baritone Kostas Paskalis. Theodora continued her vocal training in London at the Royal Academy of Music where graduated with the PGDip Ram with Specialism in Singing Performance after studying with Alison Pearce, Diane Forlano and Mary Hill.

Over the past years she has kept developing her Vocal Training under working with high profile Singers and Vocal Coaches among which Lillian Watson, Joyce Mammen, Janice Chapman, Sally Burgess, Steven Maughan, Linda Esther Gray and John Blakely.

Theodora has participated and attended Masterclasses in Greece, Italy and in UK with Singers and Musicians among which Robert Tear, Alison Pearce, Fragiskos Voutsinos, Ann Howels, Denis O’ Neil, Jose Cura, Mary Plazas, Helmut Rilling of the International Bachakademie Stuttgart on the interpretation on Mathew’s Passion and Panagiotis Adam on the interpretation of Baroque Music.

Theodora has performed in Art Song Recitals at the Athens Megaron, the Athenaeum International Cultural Centre in Athens, Parnassos Athens Music Society, and the Athens & Epidaurus Festival, the Hellenic Centre in London, Kingston University Music Hall, at Hinde St. Methodist Church, the French Protestant Church in London, St. James Church, the Southwark Cathedral, at the Grimsby Music Hall and various other venues in UK. She has also performed as a soloist with Greek National Orchestra, the Greek National Opera and Music Festival of the Aegean. Operatic roles include, Pamina in Magic Flute, Susanna and Countess in Le Nozze di Figaro, Fiordilidgi in Cosi fan tutte, Belinda in Dido and Aeneas by Foreign Woman in The Counsul, Chimene in Le Cid, Rosalinde in Die Fledermaus, Larina in Eugene Onegin , Liu in Turandot and others.

Theodora along with her performing she leads a very active teaching career in the past 13 years in London where she teaches Singing, Piano as well as General Musicianship.